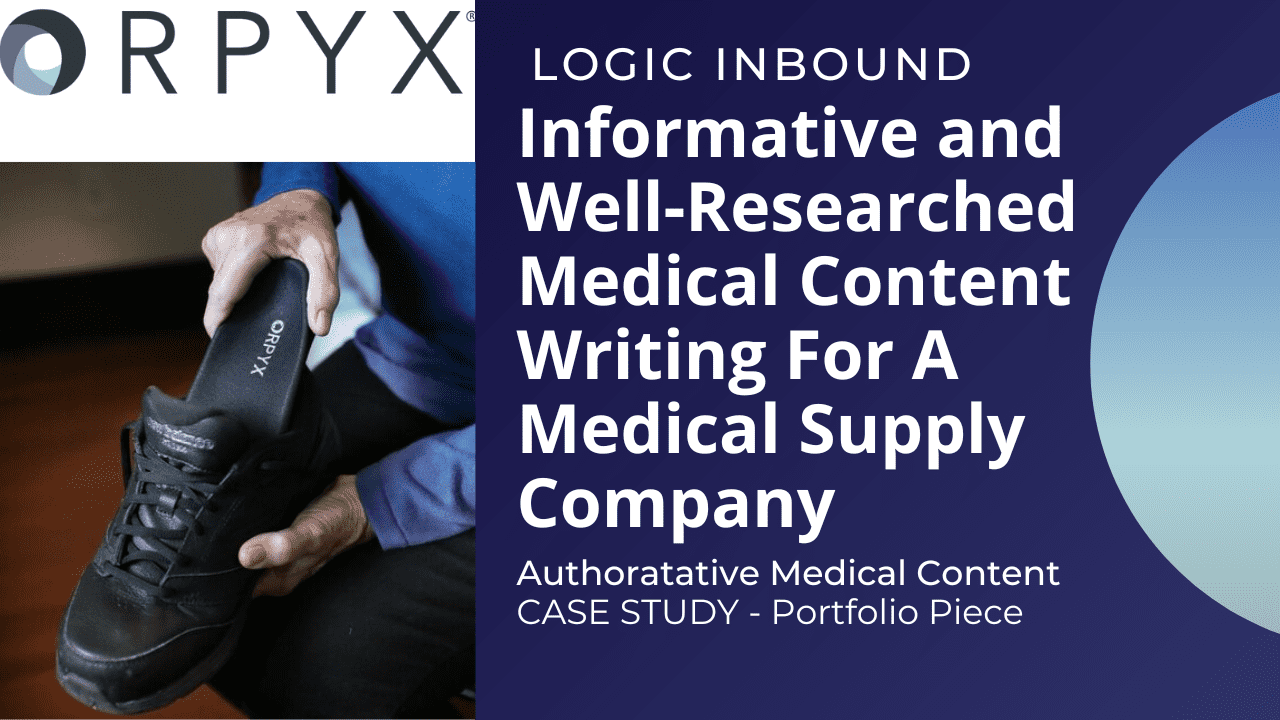 Orpyx came to Logic Inbound because they were unhappy with their current writer and they didn’t have the bandwidth to do the writing themselves. They needed authoritative, informative, and most importantly well-researched content to drive more traffic to their blog.

Because they are a medical supply provider, not just any writer would do. They needed someone who was well-versed in medical terminology that could make complex terms and research make sense to anyone who read it.

Luckily, at Logic Inbound we have such a writer. Our medical writer has over 14 years of hands-on medical experience from her work in a hospital, lab, blood bank, and rehabilitation center. We were able to knock this task out of the park and the client was thrilled with the content we provided.

Take a look for yourself at what we could do for you as your new medical writer!

It is important to ensure that a medical provider is utilizing the most accurate, reliable, and up-to-date classification system when diagnosing and treating a diabetic foot ulcer. There are 37 total classification systems, of which 19 have been determined to be reputable after strict critical review.1

In order to be considered as a classification system, people had to be sorted based upon various risk factors which were either present or absent. In addition, a point system detailing the severity of each risk was included, with the lowest number being the least severe and the highest number being the most severe.

Interested in reading more? Check out the full article directly on their website! Then reach out to our team today to learn how we can create high-authority and informative articles like this for your business.