The answer is simple: Shopify is one of the safest, most popular ecommerce platforms in the world.

Let’s put that question to bed by confirming once and for all that yes, Shopify is safe. Shopify is the probably safest ecommerce platform to launch your business by almost every measure. In this article, we cover the most important aspects of security from an e-commerce business owner’s perspective.

Shopify keeps its ecommerce platform (and by extension, your store) safe by:

One of the most important ways companies can show customers they are serious about security is by providing a ‘bug bounties’ program.

Bug bounties are monetary rewards paid to ‘white hat hackers’ – also known as security researchers – for finding and reporting program vulnerabilities to a company in a responsible manner.

Shopify’s bug bounty rewards range from $500 – $12,500 depending on the vulnerability discovered, and they have paid out over $180,000 over the lifetime of the program.

This means that instead of trying to exploit these vulnerabilities at the expense of Shopify users, hackers who find a weakness can simply report it to Shopify for monetary rewards. This arrangement is much better for everyone involved.

Shopify is a SaaS Platform

Shopify is a hosted, SaaS platform as opposed to a platform like WooCommerce or Magento, which are open source platforms.

Here’s an easy way to think of why this difference matters: anytime Shopify makes a security update, it’s rolled out to all of their customers immediately, without any customer interaction or involvement.

On the other hand, anytime a WooCommerce security update is released, it’s the responsibility of the site administrator to apply the patch and upgrade their web server. Without taking this extra step, the site’s security is compromised.

If you’re using an open source platform with many plugins for additional functionality, your risk increases, as each plugin also needs to be maintained and updated separately.

This can quickly become an overhead many people don’t keep up on, while malicious attackers are scanning millions of online stores with out of date software. Once they know who to attack, they attempt to take over the site, commit fraud, or spread malware to the site’s visitors.

Failure to update software can also cause a Google search penalty which can kill your organic search revenue unless your site is quickly fixed by security experts.

Fraudulent orders are extremely damaging to an ecommerce business. When a customer initiates a charge-back, not only are you charged a charge-back fee and lose the cost of the product and shipping, you can be suspended from processing payments by your payment processor and unable to take your customers money.

Obviously, it’s impossible to run a functional business when you can’t get paid.

Shopify makes it simple to assess the risk of a fraudulent order and will automatically cancel it if anything looks suspicious. If you’re experiencing issues with Shopify’s built-in risk assessment, you can supercharge this feature by upgrading to a 3rd party app in the App store.

Shopify verifies the authenticity of each order by running a few checks including:

Here at Logic Inbound, besides providing rock-star-level services for our ecommerce clients, we run our own ecommerce sites. Here are a couple of orders we received recently: 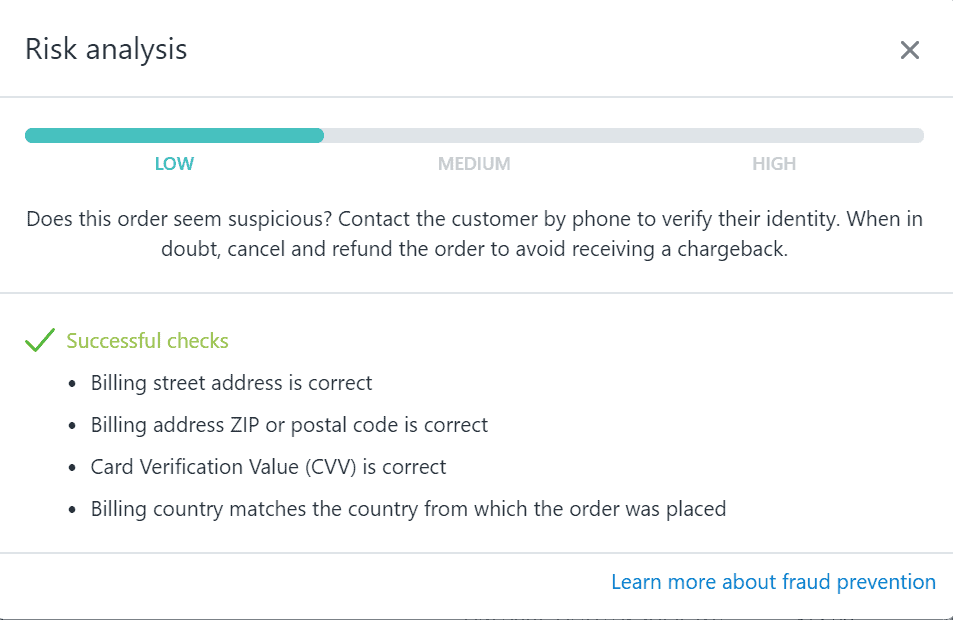 Shopify has identified that this order is very likely a legitimate order based on characteristics like billing address and card information. 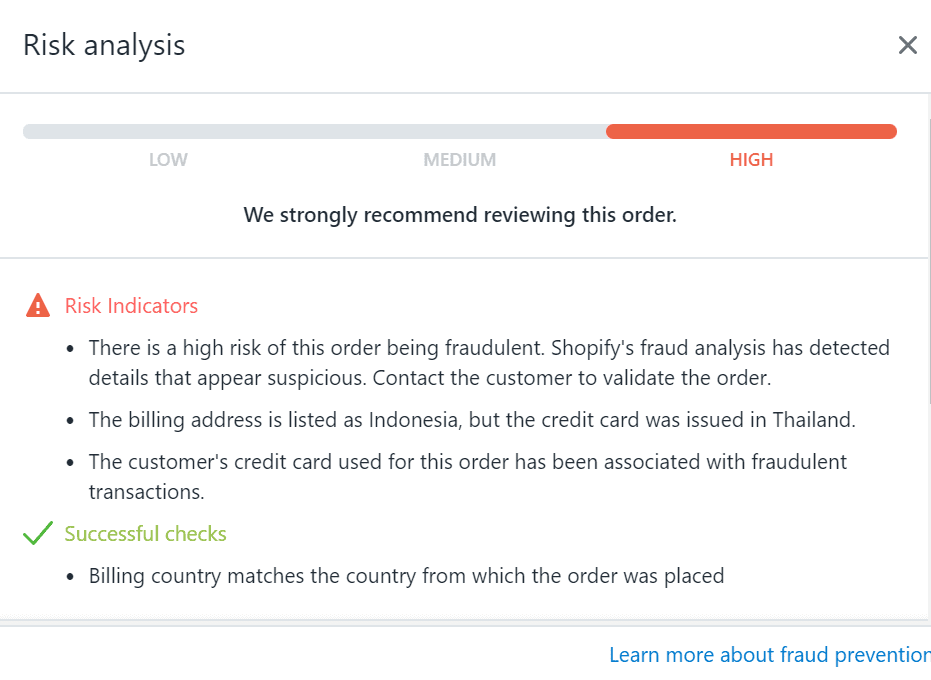 Shopify Is Incentivized To Keep You Safe

Shopify is a publicly traded company with 500,000 customers, $150 million revenue, and a $10 billion dollar market cap, making it the most valuable ecommerce platform company in the world. A significant percentage of their revenue comes not from monthly fees, but by taking a percentage of gross sales your store earns.

Security risks impacting your ability to generate and grow revenue directly impact Shopify’s bottom line, and as such, they have to take security very seriously.

Ecommerce business growing slower than you planned? Logic Inbound is an ecommerce growth marketing agency that has generated millions of dollars from companies ranging from startups to multinational manufacturing organizations. Fill out our discovery form and find out what we can do for your business. 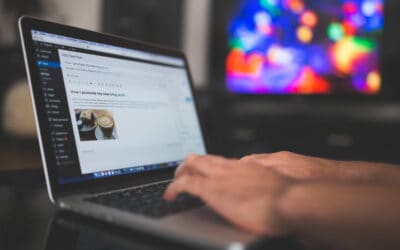 Having trouble getting your Instagram account that shiny blue tick? In this article we’ll discuss why it’s so hard to get verified on Instagram, and the steps you can take to increase your chances of getting verified.

The best YouTube thumbnail size is 1280 x 720 pixels. That means 1280 pixels wide and 720 pixels tall. The minimum width of the thumbnail should be 640 pixels. Ideally, you want to choose a thumbnail with a 16:9 aspect ratio.

A new way to work – learn about innovative and exciting coworking spaces in Seattle.

Learn how to find ideas and write content that will stay relevant for years to come.

Learn how to use Facebook as a page following some simple steps.

Magento 2 – The Latest Version of Magento

Magento 2 is the successor to the popular ecommerce platform Magento. Made to address glaring issues in its predecessor, Magento 2 also comes with a host of improvements inspired by competing platforms. Find out more in our in-depth look at Magento 2.