Shopify Amazon Integration Expansion: What You Need to Know

This announcement is significant because it expands the available categories from a single category, “Clothing and Accessories,” to:

Shopify sellers selling branded products can sign up for protection under the Amazon Brand Registry. If the brand is enrolled, approved, and chooses to list through Shopify, then they will no longer need a UPC/EAN/GTIN. This move makes sense as Shopify continues to aggressively pursue integrations that reduce friction in becoming an e-commerce entrepreneur.

Who Wins from Amazon and Shopify’s Expanded Integration?

There are many winners here. While it’s obvious that Shopify and Amazon both benefit from their partnership (or else they wouldn’t expand it), their customers benefit in many ways as well. When these two e-commerce giants team up, both of their customers gain access to a wider selection of products:

Drop shippers don’t gain anything from this new arrangement. As of late 2018Amazon shopify integration, the Amazon Marketplace is saturated with products from Aliexpress. There are dozens of identical listing at near zero or even below zero margin. It is becoming increasingly common for Chinese manufacturers to cut out the drop shipping middlemen by marketing and selling directly to end-customers on Amazon. 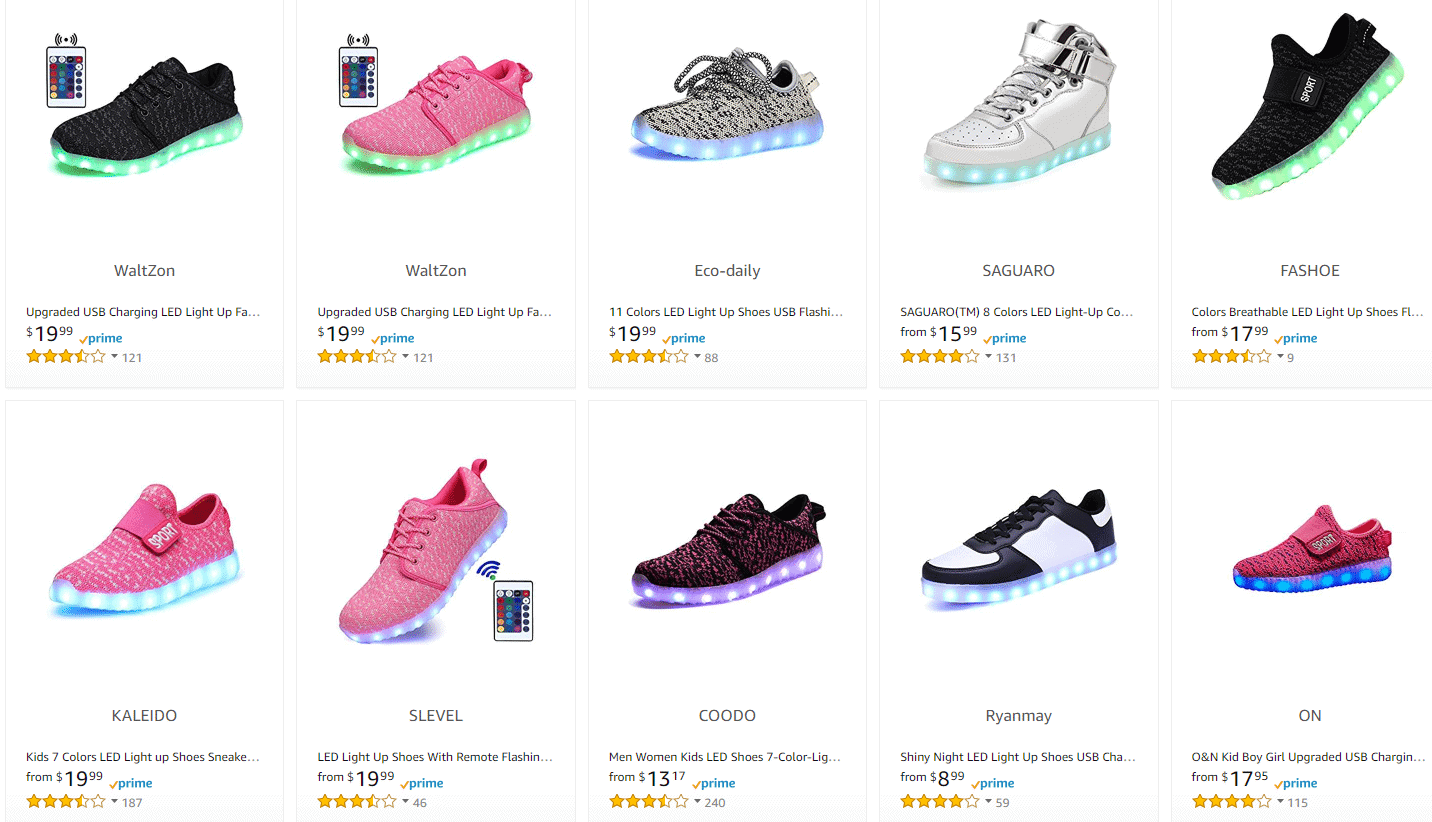 Would you wear a pair of shoes that cost $9 including shipping?

An excellent example of this is our e-commerce store GetLightUpShoes.com where we drop ship LED shoes. On our Shopify storefront our shoes retail and sell for $59, and we buy them from China for about $23. If we do a quick search for ‘LED shoes’ on Amazon we see they are available for as low as $8.99.

This is a symptom of the built in audience that sellers on Amazon enjoy. Chinese manufacturers still don’t understand the US market well enough to market to US consumers.

Launching a standalone storefront on Shopify wouldn’t do them any good because they would be unable to send traffic to their own Shopify store and convert that traffic into sales. However, they are well equipped to compete on price, and Amazon has millions of searches a day from consumers looking for a good price.

Shopify Amazon integration is great for E-commerce businesses. Is your company growing slower than you planned? Logic Inbound is an e-commerce growth marketing agency that has generated millions of dollars for startups to multinational manufacturing organizations. Fill out our discovery form and find out what we can do for your business.

Pinterest SEO Guide Most people are familiar with talking about SEO as it relates to websites and Google searches. But the principles of SEO can also apply to non-traditional websites such as Pinterest, the project and idea sharing platform. Pinterest is a great way...

Tips and Tricks to Move Your Growing Business Online

When you run a small business, growth is your #1 priority. This doesn’t necessarily mean that the goal of every entrepreneur is to scale their enterprise into a megacorporation. Rather, a focus on growth is built into every aspect of running a small business. Thing...

Shopify Support: All About Where You Go for Help with Shopify

Learn all the ways you can get in touch with Shopify’s excellent customer support personnel!

How to Increase Your Customer Lifetime Value with Email Marketing

Learn what Printful is and how you can start a profitable t-shirt business using it.

With thousands of plugins to choose from, WooCommerce users certainly have no shortage of options. But which plugins are the best? Which plugins should every WooCommerce site have? In this roundup, we list the essential WooCommerce plugins – both free and paid – that every Woo site owner should have.

Having trouble getting your Instagram account that shiny blue tick? In this article we’ll discuss why it’s so hard to get verified on Instagram, and the steps you can take to increase your chances of getting verified.